7 Foods a Nutritionist Would Never Eat

You know that you are what you eat – but what should you eat? That’s a question that looms large for many of us and it’s an important one to ask.

The answers can be confusing because there’s so much conflicting information available. If you’re someone who has struggled to lose weight, you probably know how much advice is out there about the best way to trim down. One expert may tell you to cut carbs while another tells you that intermittent fasting is the way to go.

The key, then, is to learn what the experts eat and don’t eat. Considering the prevalence of processed and manufactured food, we decided to research the foods that nutritionists would never eat.

Here are 7 that you should know about – along with some information about why you should eliminate these foods from your diet.

One of the most common foods to appear on nutritionists’ lists of foods they won’t eat is technically a category of food: processed meats. Here, we’re talking about things like:

Before you sigh in despair about never tasting bacon again, let’s talk about the reasons that processed meats aren’t healthy – and how you can get a taste without compromising your health.

Processed meats are often very high in fat, sodium, and chemicals called nitrates, nitrites, and nitrosamines. We found a 2015 study that found some evidence that consumption of nitrites and nitrosamines was correlated with an increased risk of gastric cancer. 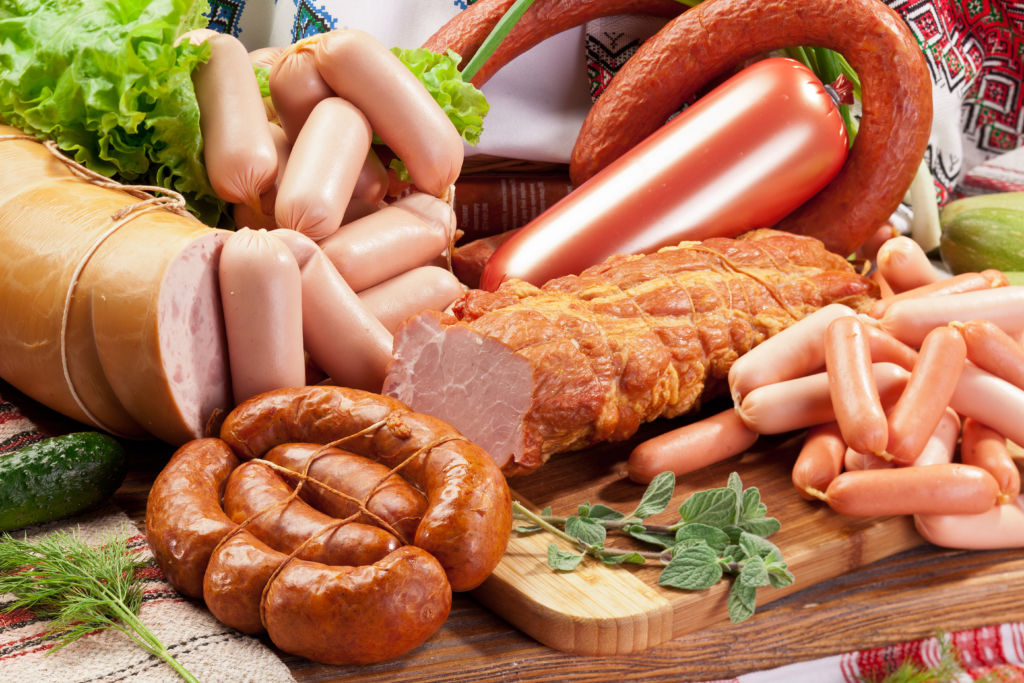 The causative effect between sodium intake and hypertension (high blood pressure) is well established. We found a 2019 cohort study that determined a link between serum sodium levels and the risk of cardiovascular disease.

Of course, it is possible to find processed meats that have reduced sodium and are made without nitrates and nitrites. However, we think it’s a good idea to minimize your intake of processed meats. As a rule, you should not eat processed meat more than once a week.

There’s no question that microwave popcorn is a tasty and convenient snack. However, most nutritionists won’t go near it – and with good reason.

The chemical that gives microwave popcorn its buttery flavor is something called diacetyl – and experts agree that it’s not something people should consume or inhale.

To give you an idea of how serious diacetyl exposure can be, let’s look at a study of workers in a plant that manufactured microwave popcorn. In 2018, researchers found that workers who were regularly exposed to diacetyl had a significantly increased risk of pulmonary disease (including lung cancer) compared to the general population.

There is also evidence linking diacetyl inhalation and intake to problems with the central nervous system. While many of the studies we found looked specifically at workers who manufacture microwave popcorn, heating diacetyl in your microwave released it into the air where it may be inhaled by you and your family.

The better bet? Take a few extra minutes to make your popcorn on the stovetop or in an air popper. You’ll get the popcorn flavor you want without the harmful chemicals.

You might be tempted by the jars of reduced-fat peanut butter in your supermarket – and we can understand why. Peanut butter is not a low-calorie food and many people think that reducing calories is the most important thing if they want to lose weight.

The problem with reduced-fat peanut butter is that the flavor in regular peanut butter comes from fat. When food manufacturers remove the fat, they often replace it with added sugar and chemicals to make up for the loss of fat.

The fat in peanuts is considered healthy for your heart and circulatory system. There’s no real benefit to removing it and increasing your sugar intake is generally not a good idea. We recommend sticking with regular peanut butter in moderate amounts.

Americans and people around the world love soda. Bubbly drinks are fun to drink and popular at movie theaters, restaurants, and at home. In our rush to decrease our sugar intake, many of us have embraced diet soda as an alternative. However, the chemicals and artificial sweeteners in diet soda make it an unhealthy choice according to nutritionists.

Let’s start with the hormonal impact of diet soda. Studies have found that the artificial sweeteners in diet soda can trigger the same insulin response in your body as sugar. That may mean that consuming diet soda could contribute to pre-diabetes and diabetes. 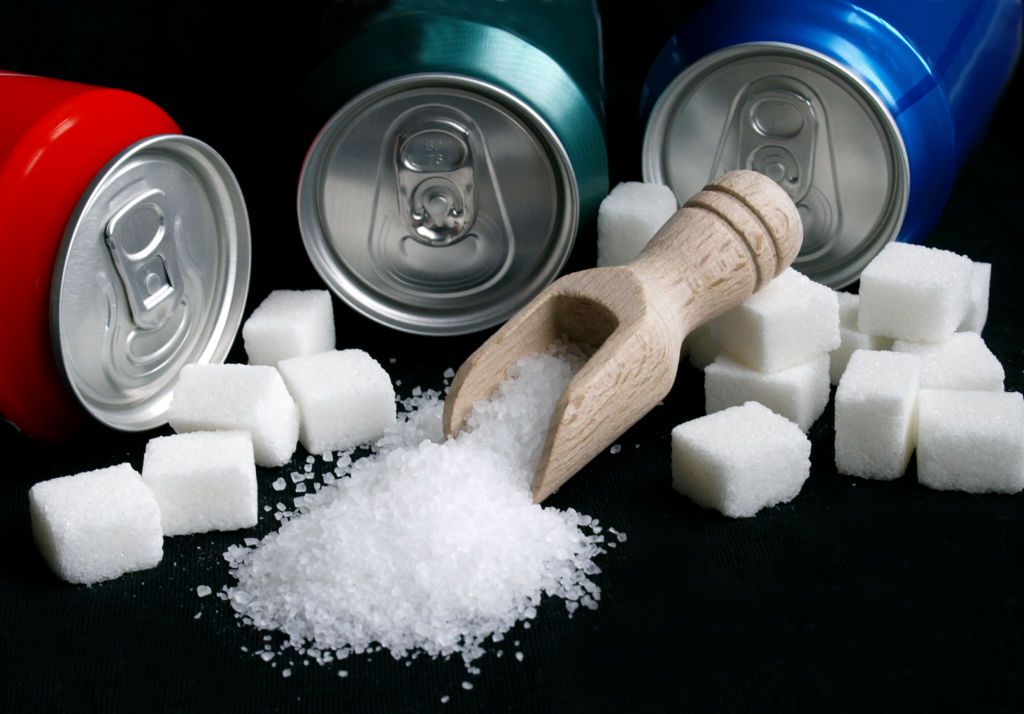 On a related note, we also found studies like this one, which found a causative link between diet soda intake and end-stage renal disease.

There may be a similar link between sucralose, one of the artificial sweeteners commonly found in diet soda, and an increased risk of obesity. Specifically, sucralose intake may trigger the same glucose response as eating sugar, which can trigger an addictive response that leads to added sugar intake.

We suggest staying away from diet soda and regular soda with high-fructose corn syrup. If you want an occasional treat, choose a natural soda made with cane sugar, instead.

Since lactose intolerance is common, it’s not surprising that many people search for non-dairy alternatives to put in their coffee or tea. However, many non-dairy creamers contain harmful ingredients that most nutritionists avoid.

The most common culprit in non-dairy creamer is trans fat, including partially hydrogenated oils. Trans fats are fats that are normally liquid at room temperature but have been processed (transformed) to remain in a solid-state. Margarine is an example.

Trans fatty acids (TFAs) have been proven to have a direct and negative impact on cardiovascular health. From 1990 to 2010, the global incidences of cardiovascular disease from TFAs increased by 4%. The risk increased the most in areas with low median incomes. That’s probably because TFAs are often used in inexpensive fast food and processed food, and intake of both is higher in low-income areas.

Frozen meals are undeniably convenient. They make for a quick and easy workday lunch or even dinner on a day when you’re in a hurry. But are they something you should be eating?

Most nutritionists would say no. The reason is that frozen meals are usually highly processed. They may be high in:

Of course, not all frozen meals are created equal – and that means it may be worth reading the label and comparing options before you buy. It’s common for frozen meals to tout their low-calorie counts, but you should also ask:

We want to make sure to distinguish between frozen meals and minimally processed foods. Many frozen vegetables and fruits contain only one ingredient and are safe to consume. In fact, frozen produce can sometimes contain more nutrients than fresh produce because it is frozen at the peak of freshness.

Fruit juice is the same as fruit, right?

Not if you ask a nutritionist. The issue with fruit juice is that it strips fruit of its natural fiber. It’s easy to consume hundreds of calories of sugar in just a few seconds. After all, you could drink a large glass of apple juice in only a fraction of the time it might take you to eat a medium-sized apple.

Many of us get sucked into the idea that juice is a healthy addition to our diets, particularly with the influx of boutique and organic juice drinks on the market. It’s easy to believe that a drink that contains leafy greens, carrots, and ginger is healthy – but you may be getting more than you bargained for.

Nutritionists recommend eating whole fruits and vegetables instead of drinking juice. Even natural juice with no sugar added can trigger an insulin response and make it easy to gain weight.

That said, an occasional glass of juice won’t kill you. If you want to include a bit of juice in your diet, make sure to choose one with no sugar added. You can even dilute your juice with water or seltzer to get some of the flavor without the high dose of sugar and calories that you’d get if you drank a whole glass.

Navigating your way through the supermarket can be tricky if you’re not an expert. The 7 foods we’ve listed here are ones that nutritionists avoid. If you do decide to include them in your diet, make sure to consume them in moderation and be mindful of what you’re eating.

What is the Weight Watchers Diet and How Does It Work?

6 Mistakes To Avoid When Doing the Ketogenic Diet

7 Diet Tips For Women Who Workout