Here is our Golden Superfood Bliss review. You’ve heard about superfoods. It seems like you can’t read anything health or wellness related these days without coming across something that claims that adding certain foods to your diet will change your life for the better.

If you’re someone who struggles with emotional eating, then you’re probably especially interested in any product that claims to be able to eliminate the triggers that lead to overeating and help you lose weight and regain your health.

We’ll also look at the science behind superfoods, reveal the pros and cons as we see them, and make a final recommendation as to whether Golden Superfood Bliss is worth trying.

What is Golden Superfood Bliss?

Golden Superfood Bliss is a nutritional supplement that comes in the former of a powder, which can be added to water or milk to make a “turmeric tea.” The ingredients include:

The curcumin from turmeric and the piperine from black pepper work together, creating the so-called entourage effect, meaning that they work better together than they do separately.

Golden Superfood Bliss works by blocking the release of neuropeptide-Y, or NPY for short. It’s a neurotransmitter in your brain that is triggered when you have too much insulin in your body. When your levels of NPY are too high, your brain won’t get the signal to stop eating.

Golden Superfood Bliss also improves sleep, which limits the release of 2-AG, a hunger receptor that can hijack your brain, making you crave sugary, high-calorie foods.

Golden Superfood Bliss is the creation of a woman named Danette May, who struggled with depression and emotional eating after losing her son in childbirth. 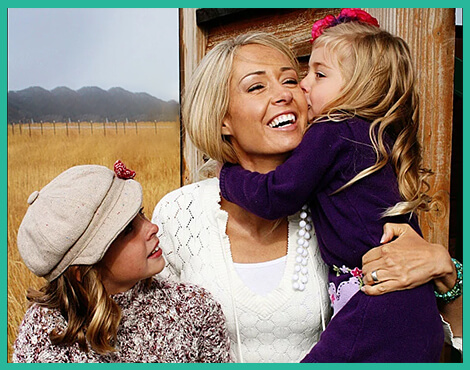 Danette May’s research led her to the unique combination of superfood ingredients that make up Golden Superfood Bliss. Her goal was to help as many people as possible get their hormones – especially NPY and 2-AG – in check and gain control over their emotional eating.

Who Is Golden Superfood Bliss Designed to Help?

Golden Superfood Bliss is designed to help women who struggle with emotional eating, cravings, and weight gain. Hormonal imbalance is a key factor in weight gain in women.

If you have struggled with weight gain, insomnia, food cravings, and anxiety, and you’ve tried diets to lose weight without success, then Golden Superfood Bliss could be the weight loss solution you need.

What Will You Get When You Order Golden Superfood Bliss?

Is There Research to Support the Claims about Golden Superfood Bliss?

We always do our own research when we’re evaluating products because some of the claims made about them are outrageous. Here’s what we found when we looked at the science behind Golden Superfood Bliss.

As we mentioned earlier, one of the claims made is that Neuropeptide-Y is linked to insulin resistance and weight gain. We found a 1989 study that discovered that rats whose brains were stimulated with NPY experienced more weight gain and took in more calories than the rats in the control group. We also found a 2017 study that showed a link between high levels of NPY and depression.

The main ingredient in Golden Superfood Bliss is turmeric. A study from 2017 found that turmeric supplementation stimulated GABA receptors in the brain, which has been linked to a reduction in depression.

Another key claims about this product is that sleep deprivation can lead to an increase of 2-Arachidonoylglycerol, or 2-AG. We found a 2017 study that confirmed that a lack of sleep can contribute to high levels of 2-AG and to weight gain.

We also found a link between turmeric and endocannabinoid receptors, which are linked to the release of 2-AG. The sales page for Golden Superfood Bliss says that turmeric triggers the release of nerve growth factor, which is a 2-AG blocker. We could not find any studies that looked specifically at turmeric and nerve growth factor. It doesn’t mean it’s false it just means we couldn’t find it using the research tools we use.

The other ingredients are all superfoods and we have written about many of them before. The key takeaway here is that there is some evidence that turmeric can impact your body’s levels of both NPY and 2-AG, and that both NPY and 2-AG are linked to weight gain.

Remember that you should never add any nutritional supplement to your diet without talking to your doctor first, especially if you have any underlying or chronic conditions that require you to take prescription medication.

What Are the Pros and Cons of Golden Superfood Bliss?

Now, let’s look at the pros and cons of Golden Superfood Bliss as we see them, beginning with the pros:

There are a few potential downsides to consider as well. Here they are:

How Much Does Golden Superfood Bliss Cost?

By now, you’re probably wondering how much Golden Superfood Bliss costs. As we mentioned earlier, the ingredients are all organic, and in some cases, that can mean a high price tag.

The original cost of Golden Superfood Bliss was $79.95 per bag. (Remember, each bag contains a 30-day supply.) However, the company is running a special offer now. Here’s how the pricing breaks down:

If you choose the buy four-get one free option, you’ll also get free shipping on your order!

We also want to note that the manufacturer is offering a 60-day money-back guarantee. That means you can try Golden Superfood Bliss for two months and, if you’re not satisfied, you can simply contact the company and get your money back.

We’ve come to the end of this Golden Superfood Bliss review. The team here has and continues to be a fan of the products that Danette May and her team release. I use her Cacao Bliss daily and now have started to add her new superfood bliss product into my daily routine as well.

I personally like to use it with some warm almond milk and tend to drink it in the evening as it has a nice tea vibe and the smell relaxes me. We’re familiar with its key ingredients and provided your doctor agrees, it could be a very useful “tool” to add to your health toolbox.

My only real con is that I would prefer it to come in a different style of packaging, but that’s just my personal opinion. Anyhow, we highly recommend you visit the official Golden Superfood Bliss website to learn more about this superfood powder. The website also contains information we weren’t able to cover in this review.

How to Start Clean Eating

Previous Post CacaoJoy Review: The Ancient Superfood Your Body Needs? Next Post Does Being Overweight Negatively Impact Your Sex Drive?