Should You Drink Apple Cider Vinegar for Weight Loss?

Apple cider vinegar is one of those things that nobody was talking about – until everyone was. It’s been on our grocery shelves and in our pantries for as long as any of us can remember. Now, it’s being touted as a natural cure for a host of ailments. But should you drink apple cider vinegar for weight loss?

Losing weight is difficult regardless of the method you choose. Whether you’re trying a ketogenic diet or eliminating all sugar – or something else – it’s natural to seek any remedy that’ll help you lose weight quickly. Apple cider vinegar has been touted as a weight loss aid. But does it work?

The short answer is yes, it can. But let’s dig a bit deeper and talk about some of the specific reasons that apple cider vinegar may help you lose weight. 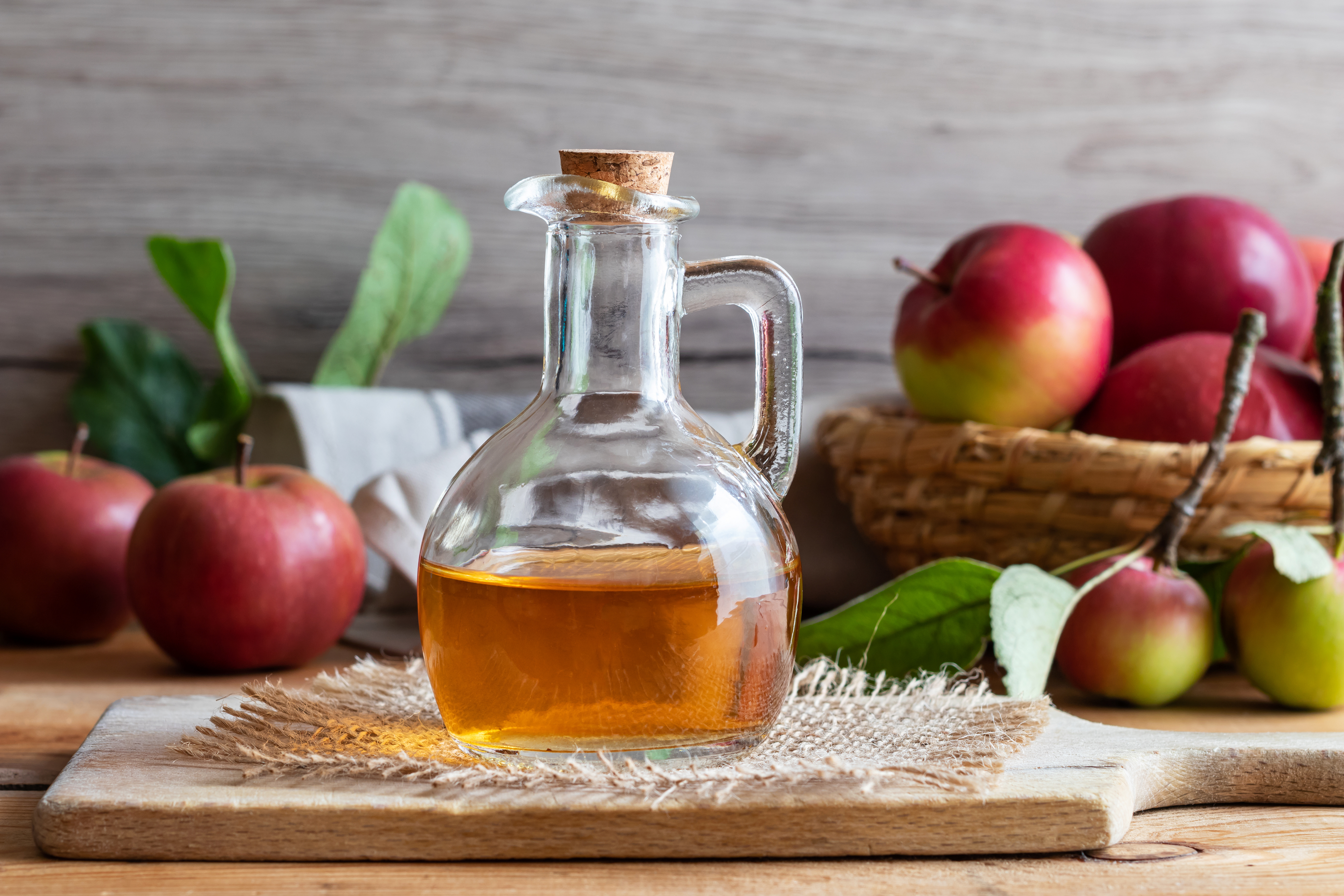 #1: The Acetic Acid in Apple Cider Vinegar Can Lower Your Blood Sugar

One of the most common reasons for weight gain is high blood sugar, which can lead to diabetes if left untreated. The acetic acid in ACV is one reason to drink apple cider vinegar for weight loss. We found both animal studies and human studies that examined the effects of ACV on diabetes.

The first one looked at the effect of acetic acid on diabetic rats. It found that as little as four hours after being given acetic acid, the rats had improved sugar uptake in their livers and muscles. The acetic acid also reduced the ratio of insulin to glucagon. (Glucagon prompts the body to transform stored glycogen into glucose, something that may help burn fat.)

We also found a pilot study that looked specifically at apple cider vinegar for controlling blood sugar. People at risk for Type 2 diabetes took apple cider vinegar before meals for 12 weeks. The researchers found that the group who took the vinegar had lower post-meal blood glucose levels than the control group.

A second study confirmed those results and put a specific number on the effects of ACV, concluding that it reduced post-prandial glucose by 20% on average.

These are promising results. While more research is needed, people who struggle to control their blood sugar may want to consider apple cider vinegar. Just make sure to check with your doctor if you’re taking diabetes medication.

Speaking of fat burning, another study found that mice who were given acetic acid lost weight. The researchers attributed the change to increased expression of certain genes that are responsible for fat burning.

A separate study found that obese rats with diabetes who were given acetic acid experienced “a marked reduction in lipid accumulation in the adipose tissue, protection against accumulation of fat in the liver, and improved glucose tolerance.”

Perhaps the most promising study about apple cider vinegar and fat burning is this one, which tracked 39 adults over 12 weeks. The study group took one tablespoon of apple cider vinegar before lunch and dinner while cutting 250 calories per day from their diet. On average, they lost 8.8 pounds in 12 weeks.

To put that in perspective, cutting 250 calories a day over 12 weeks would normally lead to a weight loss of 6 pounds. Of course, there are many things that can affect weight loss, but the results are promising and point the way for further research.

One of the most difficult things about losing weight is coping with hunger pangs. There’s research to show that we all have limited willpower. When we’re stressed, tired, or busy, something called the intention-behavior gap can open, leaving us vulnerable.

Of course, it’s much easier to resist the temptation of overeating or snacking between meals when you feel satiated. That’s where apple cider vinegar comes into play.

Another study found that people who added either acetic acid or peanuts to a meal ate, on average, 275 calories less per day than people in the control group. To put that in perspective, a 275 daily reduction in calories could help you lose about 2.35 pounds per month

Are There Any Risks Associated with Apple Cider Vinegar?

Before we give you some pointers on adding apple cider vinegar to your diet, let’s review a few potential risks that you’ll need to keep in mind.

It’s important to be aware of the risks. As always, make sure to check with your doctor if you have any concerns about adding apple cider vinegar to your diet.

How to Incorporate Apple Cider Vinegar into Your Diet

If you want to try taking apple cider vinegar for weight loss, here are some tips to help you out.

People who have gastroparesis, diabetes, or who take the medications we listed above should check with a doctor before drinking apple cider vinegar.

Meticore Review – Can This Metabolic Trigger Help You Reach Your Weight Loss Goals?

Does Being Overweight Negatively Impact Your Sex Drive?

The Apple Cider Vinegar Miracle Review – Can This Drink Boost Your Health?

How To Lose Weight With Soup